The spirit of entrepreneurship has driven more young people in Ghana to venture into businesses for themselves instead of searching for jobs. This trend is lauded but most young people rush into entrepreneurship without some needed preparation to keep them reaching for greater heights after take off. This issue inspired the theme, “Sustaining entrepreneural practises” of the just ended Barcamp which happened in Kumasi. The event was held at the College of Science Auditorium inside the Kwame Nkrumah University of Science and Technology (KNUST) on Saturday, November 7, 2015.

Barcamp Kumasi 2015 was graced by the presence of Professor Stephen Adei (B.Sc, M.Sc. (Dev. Econs), Ph.D (Sydney)) who was once the Rector and Director-General of Ghana Institute of Management and Public Administration (GIMPA) and has authored or co-authored ten books and contributed over 50 articles, book chapters and papers.

Prof Adei shared deep secrets and insights to the entrepreneurship industry in Ghana. He mentioned he was an angel investor; funding and supporting great young initiatives in the country. He also mentioned that the youth had more advantage in entrepreneurship because they were young and had the opportunity to achieve more. Ethical leadership is one characteristic that Prof Adei reiterated that attracted the needed resources for startup success.

The event also witnessed mind blowing presentations from the various mentors who were  entrepreneurs working in Kumasi and beyond. The mentors included: Alloysius Attah (Farmerline), Nana Yaw Owusu Afriyie, Dr Kwasi Baffour Gyimah, Patricia Ama Bonsu (Broadcast Journalist), Kwabena Danso (Booomers International), Gamel Sankarl (Writer), Ebenezer Donkoh (NYDJ), Jesse Gyau (Reach for Change Ambassador) amongst others. Evans Owusu Amankwah who had been mentored at Barcamp Kumasi 2014 and heard about the Mandela Washington Fellowship (YALI Programme) there, returned to mentor others after he participated in YALI in 2015.

Reuben Bekoe, a 21 year old SHS graduate, had cycled on a bicycle riding around Ghana to raise funds to support the Ghana Cleft Foundation. By Barcamp Kumasi 2015, he cycled 9 regions, starting from Takoradi (after Barcamp Takoradi 2015). He met Kwabena Danso of Booomers Bikes again at this event. he was presented with a bamboo bike to ride from Kumasi through the Eastern region (and Barcamp Koforidua) to the Greater Accra region (where he would end his ride at Barcamp Accra).

Here is an extract of the conversation at Barcamp Kumasi 2015. 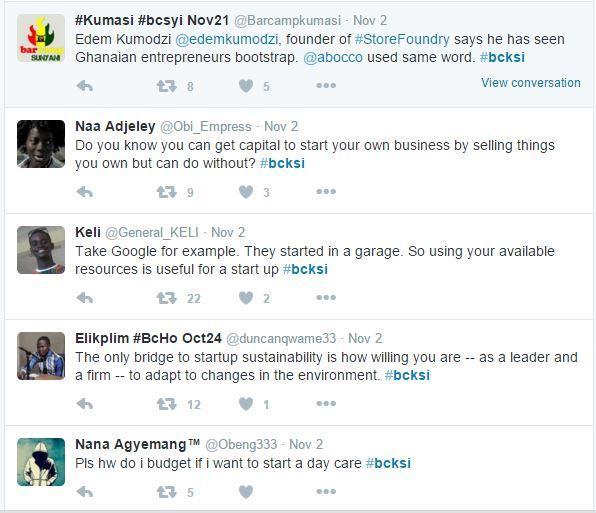 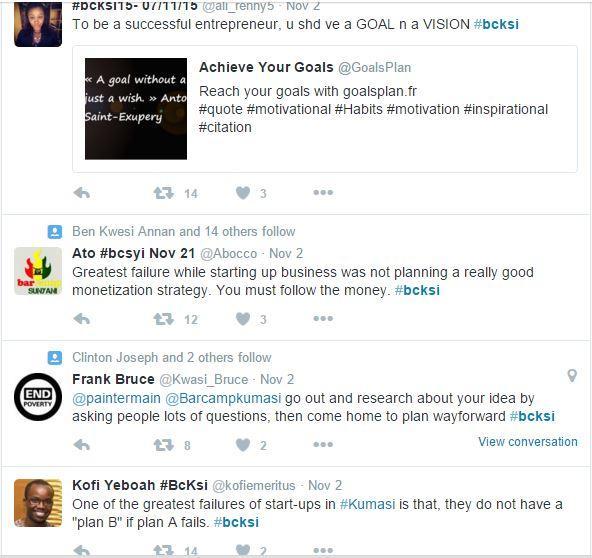 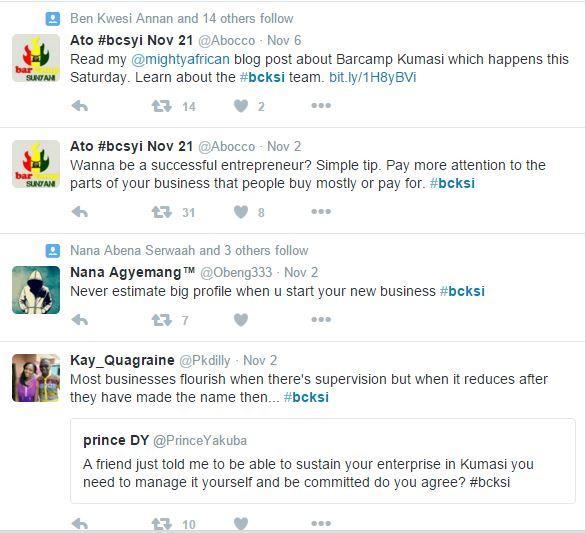 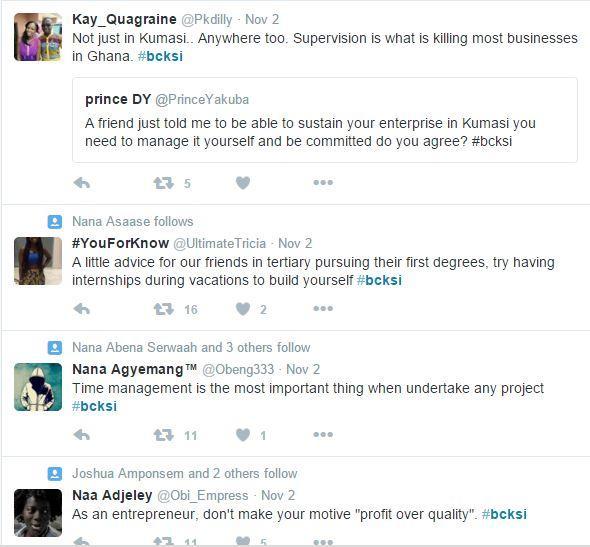 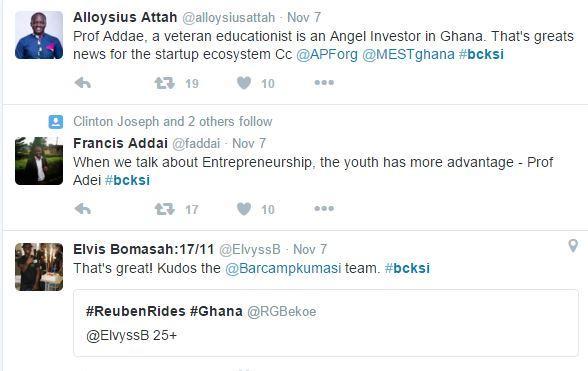 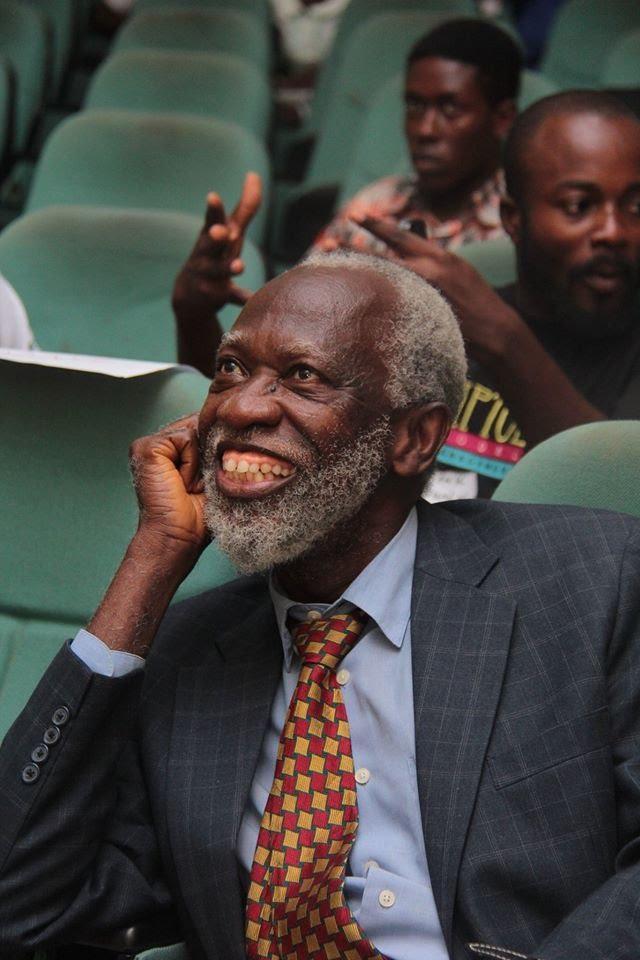 Jobcamps are free networking forums bringing people together to discuss jobs and (un)employment Ghana. They would feature resource personnel from the public sector, private sector,...read more →

Barcamp Kumasi 2014 is a free networking forum bringing people together for a day of discussion, demos and dialogue on Kumasi, Ghana and beyond. It...read more →